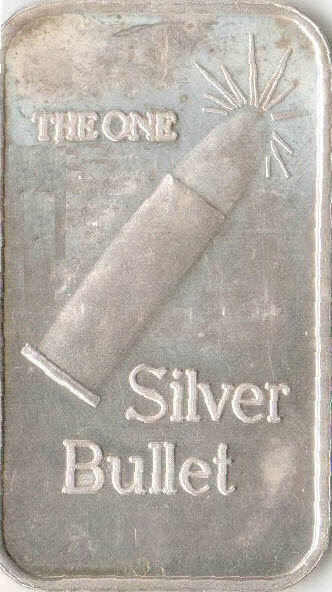 Producers of Safe, Simple and Economical

We are retailers of Colloidal Silver Generation Equipment. We believe that the information we provide and the equipment we sell can help you to improve the quality of life for yourself and your family . That is our goal.

You've Got the FLU

Your head aches, muscles hurt, bones ache, you vomit, have diahrrea and are running a fever.

Your lungs are congested, you cough and sneeze, your nose is runny.

Sleep is unsatisfying, being awake is more like semi-consciousness than truly being alert, aware and capable of anything.

Your Doctor says "Take these pills, it's only the FLU. You'll live."

You think (but don't say out loud) "Maybe Not!"

At this point, it's hard to believe that the "Flu" is a respiratory infection ... but that's what it is.

So, what causes the myriad of symptoms that makes you so sick?

It's your immune system responding to the "invading pathogen (flu virus)" and the accompanying (aeromatic hydrocarbon ) toxins.

Just how does that work?

Every living thing has certain common aspects to it's existence.

One of those aspects is that it takes in nutrients (food, oxygen) and expells waste (admittedly, the flu virus is anerobic, but it still takes in some oxygen). The expelled waste of any organism is typically toxic. In the case of flu virus, the waste is highly toxic.

Another aspect of living organisms is that they have a "temperature range" within which they thrive, and outside of which they tend to die.

Recap: Your body has been invaded by an organism that is competing for food and oxygen, and is discharging highly toxic waste products into your body. Those wastes may fairly be classified as aeromatic hydrocarbons, and they are circulating in your blood and lymphatic systems.

The body has a system in place to deal with toxins. They are carried by the blood to:


1. The Liver where they are screened out and "sequestered" in bile, which travels to the gall bladder and through the bile ducts to the lower portion of the stomach where it is mixed with food on its' passage through the small intestine. Some portion of the toxin may (generally will) be re-absorbed through the "villi" into the blood stream (Modern physicians have been taught that villi uniformly reject these toxins. They are mis-informed.). When toxin levels(within the digestive tract) exceed a certain level the body initiates an emergency purge consisting of vomiting and diarrhea.

2. The Kidneys where toxins are screened out and sequestered in urine which is then excreted. ( You will note a nasty urine odor when you are sick, with anything.)

3. The lungs where toxins are sequestered in droplets of water and expelled with each breath (thus, the nasty halitosis accompanying the flu).

Toxins are also carried by the lymphatic system to the lymph nodes and sweat glands, where they are excreted in sweat (the nasty sweat odor accompanying any illness).

Your body also reacts to an invading pathogen (such as the flu) by raising your temperature. Since all living organisms have an "ideal temperature range" within which they thrive, raising the body temperature can be an effective "anti-pathogenic strategy". However, if the temperature goes "too high", it can also be harmful to the "host" (you) (Fever, Friend or Foe?). According to the Mayo Clinic Website fevers above 101deg F for children or 103 deg F for adults, require a call to the doctor.

Toxins remaining in the digestive tract may be expelled by diarrhea and/or vomiting, which can result (rather quickly) in de-hydration, which carries its' own risks, including (in extreme cases) death.

Vomiting, in addition to being generally unpleasant, carries a risk of aspiration of stomach contents into the lungs, which can be followed by a form of "chemical pneumonia", and (in extreme cases) death.

So, now you know what's going on, what's the easiest, least painful way to make it through the experience.

My suggestions, based on a lifetime of experience:

On a personal note: In my household, we take small particle colloidal silver on a regular basis, together with lots of vitamin D, and a good multi vitamin. We do not take flu shots. We virtually never get the flu or colds. I do develop a "winter cough", but it appears to be an allergy (probably mold spores or some sort of dander). If everybody was as healthy, the term "Flu Season" would be a misnomer. Scott Clayton

De-Hydration ... 10 symptoms to watch for... these signs will appear at different stages of de-hydration any one (1) calls for remedial action (drink more water), three (3) or more call for drastic and immediate action. (A call to your physician and monitoring ... by someone not sick ... until symptoms abate)
The actions listed above help to relieve symptoms of the Flu.
They don't meaningfully affect the core problem.
If you have it available, a good anti viral will affect the problem.
The best "broad spectrum" anti viral of which I am aware is small particle colloidal silver. (Your Physician may disagree, and the FDA will certainly disagree!)
Many Colloidal Silver users "nebulize" small particle CS to deliver the anti pathogenic properties directly into the lungs, when they have a respiratory ailment. Claims that this methodology is effective are abundant. (Claims are just claims, not proof!)

Nothing on this page is intended to be taken as medical advise. We are not physicians. We do not claim to be physicians. We do not sell products intended to diagnose, treat or cure any disease. The FDA has not reviewed or approved any statements made on this website. Any use  made of colloidal silver by any person reading this website is presumed to be the sole responsibility of the end user.

We are not licensed Medical Professionals. We endeavor to provide accurate and useful information BUT we do not guarantee the accuracy of information on this site or any site to which we have linked. We specifically deny all liability for the use of any information on this site. We strongly recommend consultation with licensed professionals prior to beginning, ending or changing the course of treatment for any medical condition.